My daughter and I just got back from an amazing visit to Iceland. For a small Island< Iceland is really quite big! With its precipitous fjords, impassable mountain passes,tracks along the edge of rocky cliffs far-flung fishing villages, barren beaches with gritty black sand it reminded me so much of my Island also Volcanic, minus the snow and the bitter cold and bearing in mind that my Island has not had a live Volcano for many centuries.

Iceland just like my Madeira looks like a lonely little Island in the middle of the north Atlantic Ocean.... This great Island is graced with the most diverse landscape of mighty waterfalls,majestic glaciers, mountains fertile valleys, lets not forget active volcanoes, in fact the only thing small is its population consists of a mere 330.000

Its a country of extremes our tour guide was very good and with a very good sense of humor, with his stories of the volcano Hekla,  Which was once thought to be the entrance to hell. Other volcanoes like  Katia situated on Myrdalsjokull, and Eyjafjallajokull the great disrupter  of air traffic... Very hard names to pronounce I had to look it up myself! No wonder when the news broke out about the air pollution that stopped the air traffic the news readers across the world could not pronounce it. Even now the Icelanders talk about it with great merriment. 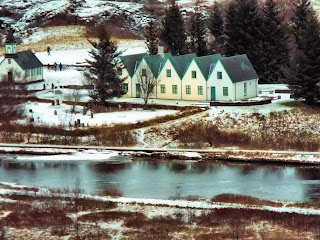 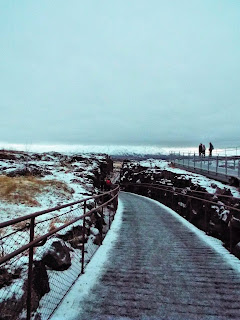 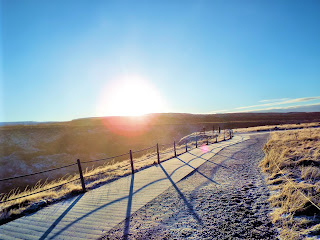 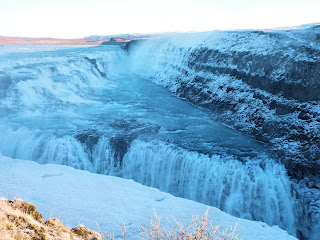 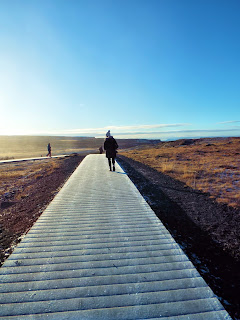 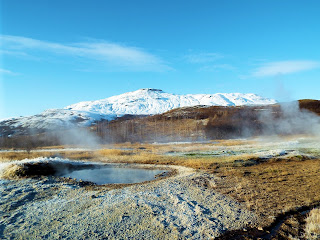 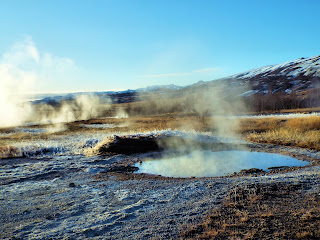 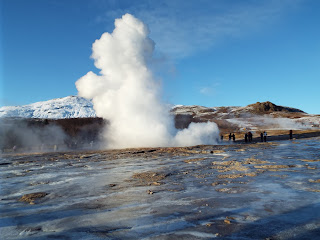