THE MUSLIMS IN THE SALENTO PENINSULA.

In 1480 a Mohammedan armada coming from the nearValona was going to invade Bindisi, in order to retake Apulia and pave the way to Rome. The Pasha Akmed leading the expedition , headed up ninety galleys, forty privateers carrying ten thousand well-armed men and four hundred horses; caught in a storm, he was forced to land near Otranto. For a twist of fate, the noble town of Otranto had to defend its walls and stop the Turkish advance towards the inland. 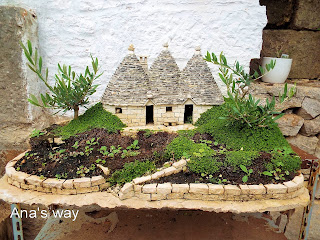 If Mohammed II had not been stopped by the inhabitants of Otranto, Christianity would have undergone a serious damage.
The imposing fortified walls of Otranto were not able to fight the powerful Turkish artillery and the town had to surrender; twelve thousand in twenty thousand inhabitants were slaughtered and the others enslaved. The Bishop was killed while administering Communion. The mayor and eight hundred citizens who refused to renounce Jesus Christ, on August 14th 1480 were tortured and massacred on the Martyrs "Hill" (Collina dei Martiri). The King of Naples, caught off guard, charged Count Giuliantonio with intervening immediately: for the first attack he had four thousand infantrymen and four hundred horses at his disposal, gathered in a botched way. 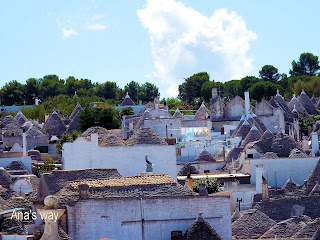 The Village of Castellana had its hero, too, a Franciscan friar who wore helmet and armour and entered the battle; caught prisoner, he was beheaded and his head was thrown  from the stronghold into the chasm beneath. On Febuary 6th 1481 Count Giulioantonio , during a reconnaissance, was reached by Turkish Knights in muro Leccese's forest. His biggest misfortune was that he was not wearing his helmet, since  he had just givenit his page. About ten knights of his retinue were defeated and the Count wounded; he was able to escape, but after being recognized by the Turkish soldiers, he was chased, caught and beheaded with a scimitar's storke. His head was hoisted on a spear and exposed on the merlons of the Castle of Otranto.
Giulio Antonio Acquaviva died for defending Christianity; Otranto's war was a significant moment for the history of the Church and of Italy, although it is never mentioned or is reduced to an irrelevant local fact in the common history books...