How it all started

It is believed that Madeira is sixty to seyenty millions years old.
Due to volcanic eruptions,thats how it come to be.
It was discovered by Joao Goncalves Zarco a Portugues navigator in 1419.
Thy were in the isle of Porto Santo,when they saw this black fog in the horison
Joao Goncalves Zarco wantead to go and see where it led to,but his sailors thought it
to be the edge of the world and were afraid.
So it was three hours before sunrise,they liftead anchor and headed towards this mysterious fog.
All
they could hear was the waves against the rocks.
Then through the cloud they saw this black peeks sticking out of clouds and trees. 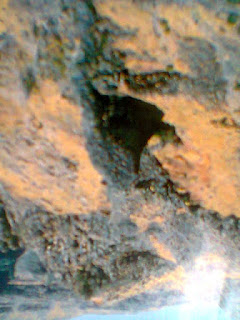 Wow.... What a history lesson, Ana! I hope you are going to give us more.

Hi! Paula you to wait for the next chapter.eheheh.x