Yesterday had to get out of the house! So Hubby and I got in the car to go to Poiso, but we changed our minds when looking up towards the mountain we saw it covered in a thick mist, so instead we went to Porto da Cruz.... Along the way we had mist, rain and a little sunshine...
In Porto da Cruz we had lunch at the seafront, prego and a nice cool lager... We had a little walk but due to the rain and my clomping boot not easy, so we get back in the care and of we go...

We drive through Portela but did not stop it was to wet and windy, as we drive upwards the mist closes in at times quite bad. We carried on to Camacha but stopped for a must have poncho, then home..... 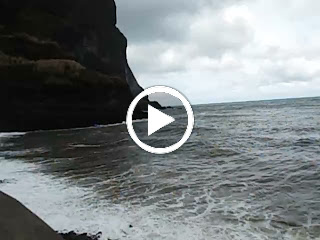 Well good morning, looks like the weather has changed...Arrived in Madeira on the 12th of October to very hot weather. My girls were very happy because they wanted to relax on the seaside and my little darling Jaylee loved going to Machico for the sandy beach, now they have gone back home.
Hubby and I now are enjoying the peace, it was quite chaotic having a full house if it wasn't for my bad leg it would've been more enjoyable!  But it was lovely being together its not very often that we are all together as a family in Madeira.

Now the weather has changed its raining and very windy, I think Autumn has arrived in Madeira, am sure the locals will be pleased... They had a scorching summer and rain is really needed to quench the dry earth. Yesterday I surprised myself by walking down to the promenade to meet my new friends for a drink. Was so pleased with myself still limping but getting there slowly.
So looking forward to walking the levadas once again! Hopefully when we come back in the new year my leg will be healed... For the moment I have to be happy seeing the scenery by car.... 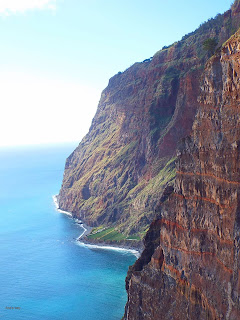 Now we have arrived to the moment when the cast is being removed. Yay! It has been a nightmare not to be out and about, missed my walks and the adventures that Paula and I have, its never dull when we go walking through the paths and fields of Essex way.
We are a bit naughty at times, when we try to venture through overgrown paths some of wish are not really a footpath at all, but that's what makes it exciting to go through to the unknown.

I remember, when we went through this dense wood, that at times we had to crawl on our knees to reach the other side, and then we arrive at this almost Jurassic lake, with very old trees laying down with the roots exposed but still alive it felt so magical.
It was on that day, that we found a handbag on the side of the lake, and Paula being a crime writer started thinking about dead bodies! Hahah... but there was no dead bodies just a bag covered in mud, someone must have thrown it in the lake, when we looked through we found credit cards and others.

So being law abiding citizens Paula phoned the police saying that we had found this bag worrying that someone might be missing ie dead! quite an imagination I know! But as I said Paula is a crime writer, so the police tells Paula to drop it off at the police station, lol It was so funny Paula walking along with this filthy bag... So we get to her house and she gets her car keys, and off we go to the police station. we hand the bag over and the policeman say's that most people would just throw it in the garbage, and he say's that the cards the would've been cancelled anyway and no one was missing.... 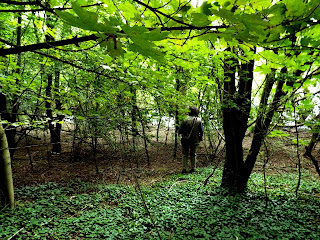 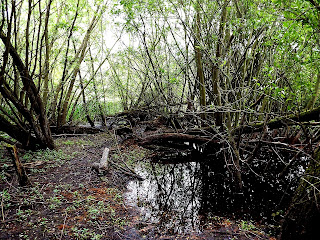 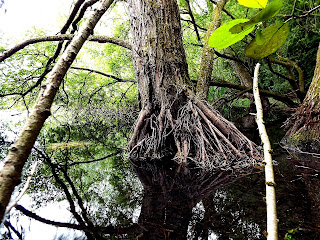 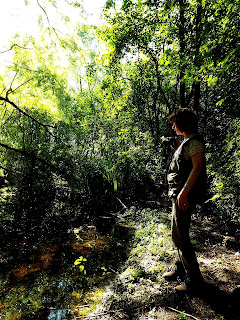 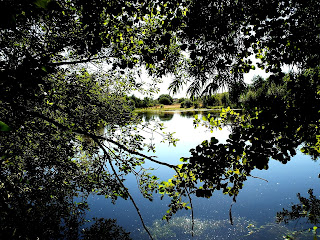 Now am getting to the stage that even with the reading that I love, life is getting to boring, I think its because the book that I started yesterday am finding it a bore, not my type of book...
Jennifer and my little darling, came round per usual and so did Miacarla, one feels so useless to have to relay on the them for everything....Feeling sorry for myself I know!

This is the time of the year when I should start sorting the plants for the winter, like lifting them and putting them to bed protecting them from the cold winter months.
Its going to be fun giving instructions to hubby on how to, Oh joy can't wait....

Am really looking forward to having the dam thing off.
But even so, the walks will still have to wait... But there is a light and end of tunnel... 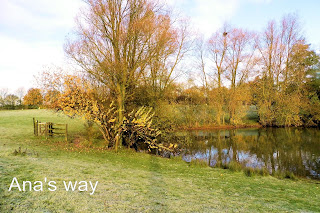 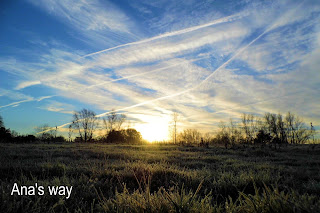 It's getting near for when I'll have my life back. have felt so isolated here shut in! If it wasn't for the odd visit and my girls and my little darling I would've gone insane. Also a good supply of books has helped.... Hubby has been really good, although he does a lot of moaning when he can't find something, LOL his not a very patient of men, He complains that I have too many saucepans or too many frying pans to many baking tray's, too much food in the cupboards etc etc....

Because its that time of the year when I start putting the plants to bed for the winter, and I have been unable to walk so that's another job that he needs to do, so the moaning starts again, I have to many plant pots why do I need all of this plants! we are getting to old for this!!!! so he says..

So the only thing that is keeping me sane, is my little darling she always puts a smile on my face, I miss taking my little darling to the park and play hid and seek....Her little voice saying ((Vavo we play hide and seek)) I count you hide! And the laughter when she finds me, and Jennifer and Jaylee on the slide and the horsy like she calls it and her trying to climb the wall, this are the things that am looking forward to with great anticipation....

Still wishing I was out there walking the footpaths of Essex way... 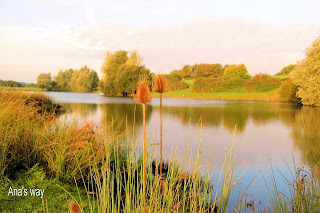 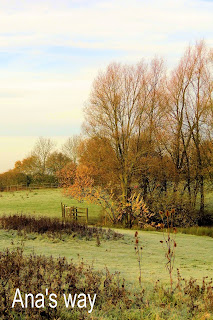 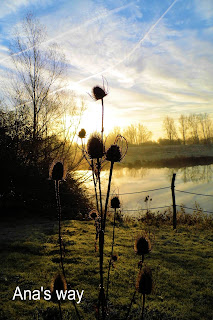